Rock Castle Home is a documentary about people who lived in a farm community known as Rock Castle, now subsumed by the Blue Ridge Parkway. In the film, descendants from this 1930s Virginia mountain community return to their homes in seemingly pristine woodlands preserved within a national park, to show how even invisible home-places remain sacred for generations. This new documentary is now playing at PBS.org.

Purchase the DVD Watch the Film at PBS.org 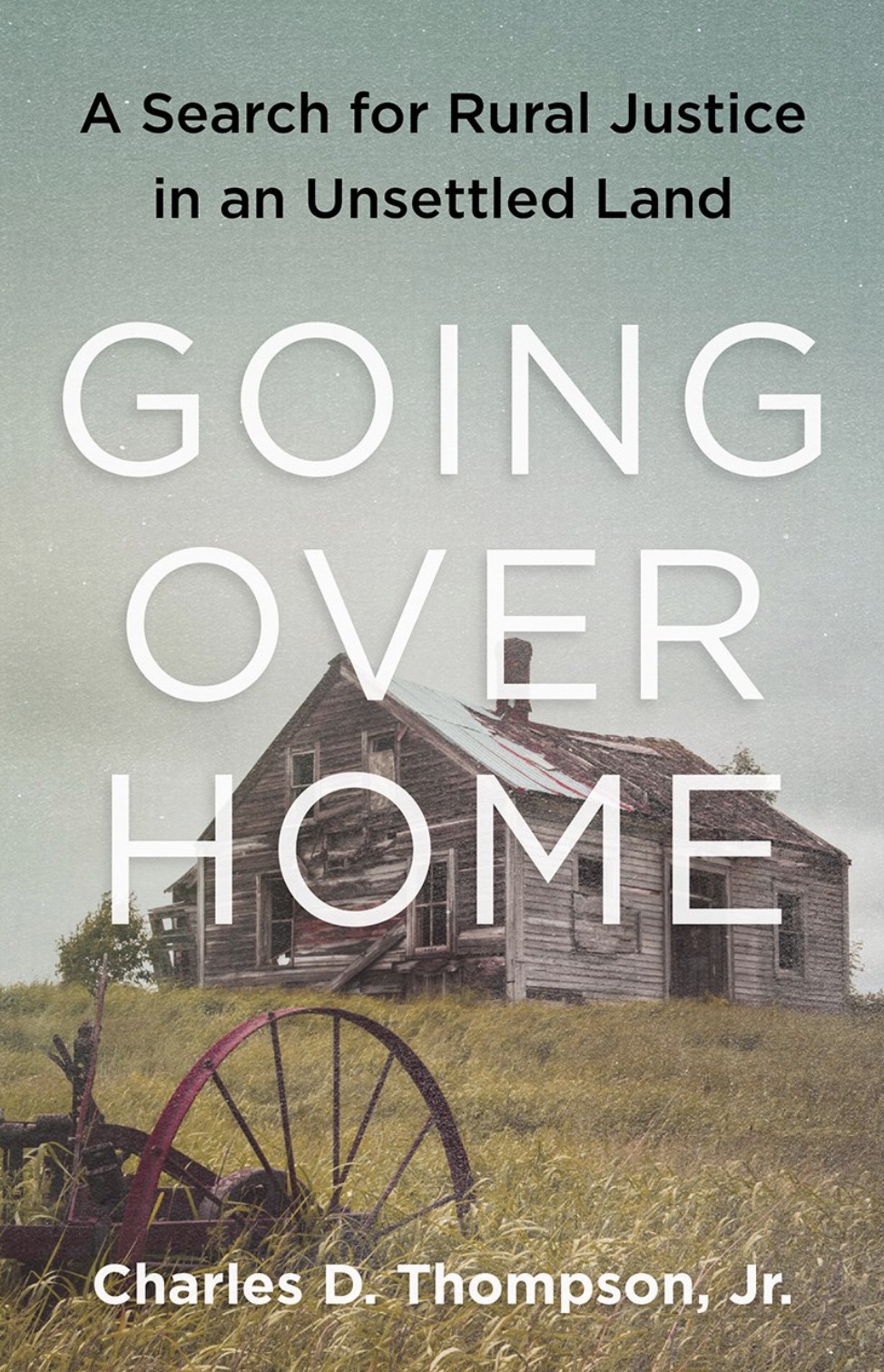 A Search for Rural Justice in an Unsettled Land
“This book deserves a place next to the writings of Wendell Berry, Henry David Thoreau, and Michael Pollan.”
– Booklist, Starred Review
In Going Over Home, Thompson shares revelations and reflections, from cattle auctions with his grandfather to community gardens in the coal camps of eastern Kentucky, racial disparities of white and Black landownership in the South to recent work with migrant farm workers from Latin America. Here, Thompson unpacks our country’s agricultural myths and addresses the history of racism and wealth inequality and how they have come to bear on our nation’s rural places and their people.
“This book isn’t just the story of one person’s lifelong fight for justice for family farmers and rural communities. Going Over Home is a call that inspires the reader to stand shoulder to shoulder with family farmers in their daily struggle. It puts into words why all of us at Farm Aid believe in family farmers and rural America, and why their survival matters to all of us—no matter where we live.”
– Willie Nelson, president, Farm Aid
Purchase Now Learn More

My work over the last 30-plus years has centered on food, farming, farmworkers, land, labor, borders, and immigration. The place where all of those interests meet is an especially rich field for me.

I do my best to produce accessible work and to deliver it to diverse audiences, whether through talks, films, or my writing. Ultimately I hope my work encourages people to act to change their part of the world.

In several cases my work has been bilingual. My dream is to foster dialogue between groups of people who often have little to say to one another, as with farmers and farmworkers.

A common thread through all of my career is my deep concern for people trying to have a voice in our agricultural systems. I endeavor to lead people into conversations with workers in the food systems who are all too often invisible. It was 1968, and I was an 11-year-old white boy in Appalachian Virginia imagining I was Hank Aaron. Home from school for the summer, a small group of us gathered for mornings in our backyard to play Whiffle ball — with a plastic bat and ball, and bases made from scraps of wood. A forsythia […] In 2014, as Farm Aid planted the seeds for our first festival in North Carolina, we were introduced to documentary filmmaker Charles D. Thompson, Jr. From our first conversation, it was abundantly clear that Charlie’s life experience—as a storyteller, farmer, farm and rural advocate, and social and racial justice advocate—was perfect for understanding a huge […] Subscribe to get occasional updates from Charlie. Unsubscribe anytime.

Every Sunday morning over 100 elderly ex-Braceros - most of them in their 70s and 80s - gather with their families in the central plaza of Ciudad Juárez to peacefully demand payment of retirement benefits deducted from their pay decades ago.

These forgotten farmworkers who once labored on U.S. soil still have not received the funds they earned. At the invitation of Professor Luis Alfonso Herrera Robles, of the Universidad Autónoma de Ciudad Juárez and Colégio de Chihuahua, Duke Professor Charles Thompson visited the central plaza in Ciudad Juárez to document hundreds ex-Braceros demonstrating in June 2010 and again in October 2011.

Border Odyssey is a quixotic, modern-day, too-small-rental-car determined drive toward understanding the US-Mexico divide: all 1,969 miles. It is former farmer, turned activist, photographer and Steinbeck-inspired author, Charles D. Thompson, Jr. who makes the trip, sometimes with awe and wide-eyed students, sometimes with comedy, misadventure, and Hope, his wife—all the while pressing on with what he calls the useful fiction of a map:

“I needed to go to the place where countless innocent people had been kicked, cussed, spit on, arrested, detained, trafficked, and killed, all for the sake of working in the U.S. for a pittance. I wanted to go where it seemed our fears had superseded our sense of humanity.... It would become clear… the border, la frontera, was more multifaceted and profound than anything we could have invented about it from afar.”

Though observation and meditation, Border Odyssey scopes like no other book the contradictory pulses of the people and towns on both sides.

Murders continue along the border during Thompson's journey, but there is much more to the story than just the violence. Five centuries of cultural history (indigenous, French, Spanish, Mexican, African American, colonist, and US), wars and legislation, fluidly unfold, while meeting incredible people on both sides:

“Stories are the opposite of walls: they demand release, retelling, showing, connecting; each image chipping away at boundaries. Walls are full stops, but stories are like commas, always making possible the next clause.”

Among the varying terrain traversed: walls and more walls, unexpected road blocks and patrol officers; also a golf course (you could drive a ball across the border, though this is prohibited); a Civil War battlefield (you could camp there); the Southern-most plantation in the US; the scenic: a hand-drawn ferry, road-runner tracked desert, and breathtaking national park; then, barbed wire, bridges, and a trucking-trade thoroughfare; ghosts with guns; obscured unmarked unpaved roads; a Catholic priest and his dogs, his artwork, icons, and political cartoons; a sheriff, a chain-smoking mayor; a Tex-Mex eatery empty of customers and a B&B shuttering its doors; murderous newspaper headlines at breakfast; the kindness of the border-crossing underground.